Sam Vaknin is Visiting Professor of Psychology, Southern Federal University, Rostov-on-Don, Russia and Professor of Finance and Psychology in CIAPS (Centre for International Advanced and Professional Studies). Sam Vaknin is the author of Malignant Self-love: Narcissism Revisited and other books about personality disorders. His work is cited in hundreds of books and dozens of academic papers. He spent the past 6 years developing Cold Therapy: a treatment modality for Narcissistic Personality Disorder (NPD). Over the years, with dozens of volunteers, he found that it was effective with clients suffering from a major depressive episode as well.

Biography: Uqbah Iqbal is a Socioeconomic Researcher at Research for Social Advan ReadMore... 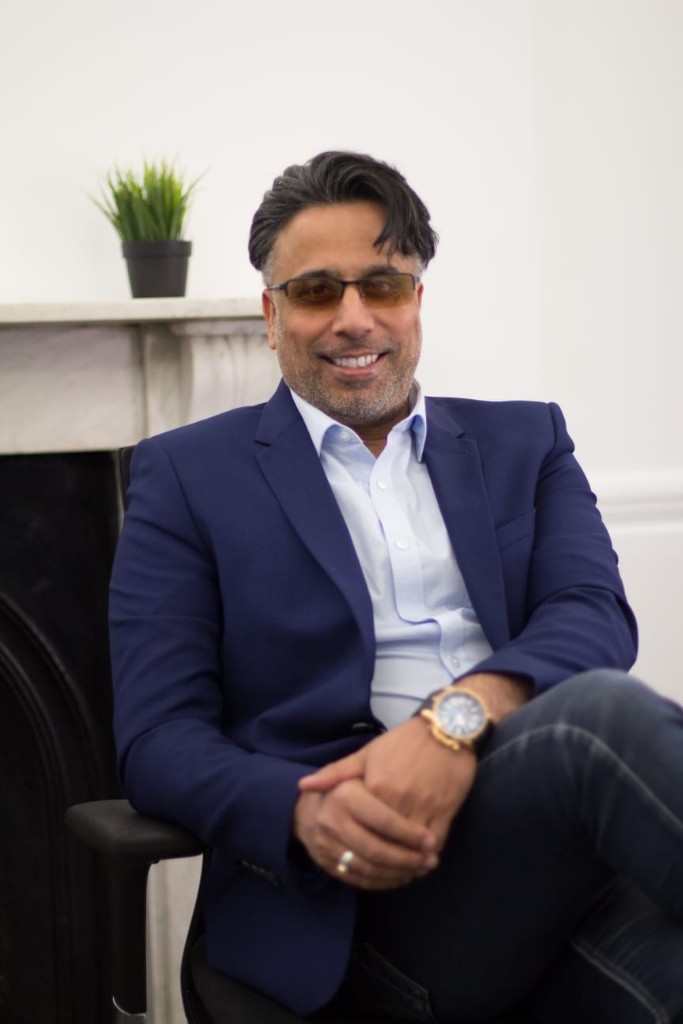 Saf Buxy is a Social Behavioral and Addiction Counselling Psychotherapist. He is an Author, Speaker, TV and Social Media personality, and respected pioneer in Addiction Consulting. He delivers life-changing material and personal expertise to shift clients towards a more fulfilling future. Through gaining personal empirical knowledge, he incorporates this experience along with research, training, and vocation in guiding those afflicted by trauma and addiction. The complexity of human behavior requires a non-prescriptive approach; Saf transforms people's lives through mentally disbanding the cause of their pain. As a proponent of breaking free from 'the madness', he has successfully liberated numberless individuals from tribulation so that they continue to lead a fruitful and inspiring life. His process, The Buxy Recovery Process, will liberate thousands of people from their burdens. He can candidly talk about his experiences to help others liberate themselves from the attachments to any addiction.

Research Interest: Application of Omnipresent laws in Trauma and Addiction

Application of Omnipresent laws in Trauma and Addiction

MS. Suchi is an experienced International Pre School Principal/Manager who picked up Laughter exercises from many coaches around the world. She then designed ‘Laughter Therapy' which is being used in many places such as hospitals and Senior Activity Centres. She provides individual and group therapy in educational and home settings. A former Manager / Trainer is now engages in building social awareness about Holistic approach for recovery. Be it Depression, Anxiety caused by physical or emotional pain, Death in the family and the harm the unhappiness brings to people, families and communities. Her aim is to encourage people to seek help early and get on the path to recovery. Her works has been featured in local press, TV and Radio and has been an invited speaker at various community clubs and educational Institutions. She has also been awarded by MINDS and various community clubs in recognition of her social work.

Elizabeth Ekman, Phd, Licensed Psychotherapist and Supervisor in CBT, was born in Gothenburg Sweden. She Started out in education for Chemical Engineering for some years. Bachelor of Science, Psychology – 1979 Hahnemann Medical College, Philadelphia, U.S.A. (Drexel University) Social work -1983 Gothenburg University, Sweden Psychotherapist program – 1994, and authorizing as Supervisor, 1997: Uppsala University and the Swedish association for Behavioral therapy – BTF, Uppsala, Sweden Karlstad University, Phd in psychology. Over 40 years of psychotherapeutic work in hospitals, with inpatients and outpatients, treating various disorders such as anxiety, eating disorders, depression, psychosis, autism /ADHD with CBT. Private Practice since – 1993. Worked with athletes and worked as a consultant to National sports federation and Swedish Olympic Committee. Supervision and lecturing for doctors, psychologists, psychotherapists, social workers, nurses as well as sport psychologist since 1993. Online Educational programs for CBT since 2009. Several national and international workshop presentations as well as open papers and case presentations such as Psychosis, ASD /ADHD and CBT.

Biography: I am an Associate Professor in psychology at Bhim Rao Ambedkar College ReadMore...

Dr Akhtar Ali Syed works as Principal Clinical Psychologist with Brothers of Charity Services, Waterford, Ireland. He got his training in Clinical Psychology from Pakistan, training in Eidetic Psychotherapy from New York and completed his PhD from Dublin. He is the originator of Eidetic Model of Growth, a form of psychotherapy developed for people with intellectual disabilities. He teaches psychotherapy and psychopathology in different Universities.

Nikolaus Blatter Past Professional experience (2002-2015): Psychiatric-hospital Baumgarnter Höhe in Vienna; homeless-shelter in Vorarlberg; Supervisor of a small-care-unit for homeless clients with mental illness and drug diagnoses; Professional experience: Since 2015 he/she is working as Psychologist in the Government of Vorarlberg, Department for Community Psychiatry and Drug help. Working topics: individual case planning, detection from unmet-needs especially the support from severe mental ill clients in various treatment-sectors (homeless, community psychiatry, drug…); participation in the creation of the Vorarlbergerpsychiatric- report. His/her research topics: as a PhD Student since 2016 to evaluate the home-treatment support in the federal state Vorarlberg; Detection of over-, under- and lack of supply in community psychiatry, drug help and adjacent areas (homeless)

Biography: Paolo Scapellato graduated in Psychology at the University of Bologna ReadMore...

Paolo Scapellato graduated in Psychology at the University of Bologna in 1998 and then specialized in Cognitive-Behavioral Psychotherapy at the Skinner Institute in Rome. He is active in psychotherapy privately in Macerata, where he lives, and since 2006 he is a Contract Professor of Clinical Psychology and Anthropology and Clinical Ethics at the European University of Rome. He is Professor and Supervisor of the School of Specialization in Psychotherapy of the Skinner Institute in Rome and Naples. In Macerata, he is President of the Association of psychologists and pedagogues “Praxis” since 2002. He is the author of numerous national and international publications and books, among which: Attacchi di panico e ansia acuta, supporto psicologico di base” (Giunti ed., 2017), Fondamenti di Investigazione Clinica (Editori Riuniti, 2014) e Prevenzione e trattamento delle dipendenze (Editori Riuniti, 2014).